Most Southern Californians drive their personal cars to get around. Just listen to the morning and evening traffic reports and you’ll get an idea of how many cars are driven in the area each and every day.

As such, a special vocabulary has developed surrounding the road system.

The metropolitan regions of Southern California consist of many small cities that run into one another. It can be confusing and you can get lost very easily if you do not have a map, even with detailed directions. A Thomas Guide, which contains detailed maps of all neighborhoods, is a useful tool if you plan on doing any driving in Southern California. This book can be found in local stores and bookstores.

The freeways and highways are one of the major trademarks of the region. Extensive and complex freeway networks criss-cross the quickly-growing region, connecting urban centers with their suburbs, as well as the areas of urban sprawl between them. The major highways leading in and out of Southern California include Interstates 5,8,10,15,40, the Golden State, San Diego, Ocean Beach, Mission Valley, San Diego, Corona and Mojave Freeways. 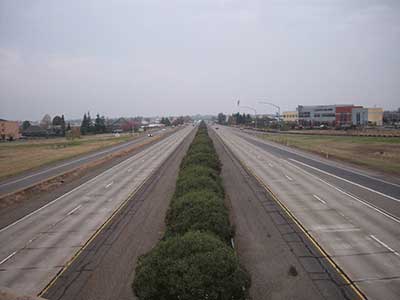 The freeway naming conventions can be confusing to non-natives as a freeway will have multiple names depending on where in Southern California a particular section is located. When referring to a particular freeway by number, it is prefixed by the word “the”. For example, Interstate 5 is referred to as “the 5” and State Route 91 is referred to as “the 91”. Below is a basic guide to the various ways a particular freeway may be referenced.

There are a few key locations that are referred to in traffic reports that may be unfamiliar to out-of-town visitors. 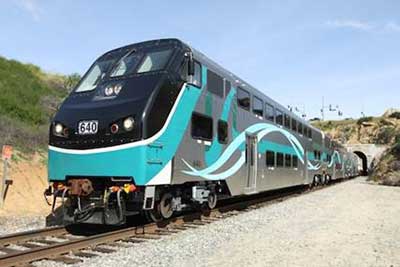 Major hubs of transportation and logistics are planning major capital investments in Southern California over the next several years. They have the largest federal stimulus project in L.A. County: the Harry Bridges reconstruction project. This will be a big commitment consisting of 250 construction jobs for a $25 million project. They also just kicked off a six-year expansion to the China Shipping Terminal which will include new wharfs, new cranes, and about 4,000 jobs at full capacity.

Mass transit is available throughout the area, with many connecting together at shared stops. The regional commuter train,MetroLink, connects many of the outreaching areas, where many commuters live, with Los Angeles and Orange County, where they work. This train system comes in handy when you need to get from one area to another, even with their limited schedule.

While it is theoretically possible to get around Southern California by air, the cost prohibits all but the most affluent from doing so. The major airports in the area include the Los Angeles, John Wayne (Orange County), San Diego and Palm Springs International Airports. There are smaller regional airports in Burbank, Long Beach, and Ontario.

It is not worth trying. Cities are too close together and there are too many access points to the highway, making it nearly impossible to find someone going your way. Your best bets are the 101 north of Santa Barbara, the 5 north of Santa Clarita, or east until you escape the sprawling cityscape.